I have seen mention of The Lizzie Bennet Diaries at least three places. The first time I saw it mentioned, I made a note of it as something I should get back to. The second time, I thought–yeah, that thing… The third happened on this Tuesday, so I figured why not try a few?

(There are 100 episodes, minus Q & As, which sounds like a lot–but they’re pretty much all under five minutes, many around the three-minute mark. ) 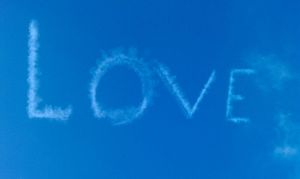 I liked it so much, I had to share. 🙂
Image from Wikimedia by jorbertiko

And they are amazing. I watched them all in one day, staying up a little late to fit them all in around the other things I had to do.

The Diaries are the video blogs of 24-year-old grad student Lizzie Bennet, who lives at home, along with her older sister Jane, and younger sister Lydia (who is thankfully older than usual, at 20). Charlotte Lu is Lizzie’s best friend, Mary has become a cousin, and Kitty is Lydia’s cat. Bing Lee and his sister Caroline moved in next door, and William Darcy, Bing’s friend, is visiting Bing.

You’ll see all your favorite characters–or at least hear about them–in new forms. The modernizing is quite clever, making the general issues of the novel still applicable. Mostly, it’s Lizzie in front of the camera, with people barging in on her recording with a total disregard for closed doors.

It made me laugh, and one particular scene made me tear up. There was drama galore, adorable couples, miscommunication, fights, making up, crazy parents, and more.

Any Pride & Prejudice fan who hasn’t seen these, should. Not next month, but as soon as you can. Fans of Austen’s other works, or people who simply enjoy comedy, romance, and drama should give it a try, too. It’s much more accessible than many people find the novel–this is not modern people repeating older language and older customs, but a new retelling, translated into something that echoes the past, while firmly rooted in the present.