September 6:  In honor of Fall Tv, do a tv-themed topic! Top ten favorite tv shows of all time, ten new shows coming out this Fall that are on my radar, tv shows I wish never got cancelled, tv shows I would recommend to book characters, books I wish would be tv shows, ten favorite shows from the late 90’s or early 2000’s, ten tv shows for every fantasy lover, etc.

I always want more of the story, so I’ll go with TV Shows I Wish Never got Cancelled.

1. Castle. That hastily tacked on epilogue was just not enough.

2. Dead Like Me. A quirky show about grim reapers, it was seriously funny and serious, and left us too soon.

3. Firefly. They gave us a movie, but I still wish there had been at least a second season.

5. Galavant. It was a little like Monty Python, silly and aware of it, but not popular enough.

6. Gilmore Girls. There’s episodes coming on Netflix, and I really hope they’re good. All I really wanted was one more episode to show where the characters were going–or one more season without such a long wait! 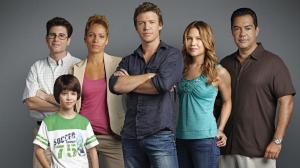 7. The Glades. That ending was… abrupt.

8. Leverage. Okay, this one was wrapped up pretty well, but I so wanted to see how the new version of the crew worked…

9. Scrubs. How can you not love such a funny bromance?

10. Selfie. I was sold on the idea of a modern My Fair Lady, and I really wanted to see where it would go…