January 26: Freebie Week! Pick a topic near and dear to your heart! Something you wished was on our official list!

I’m recycling an old one: Top Ten Books I recommend the most. Which is difficult, because they change often, and I like such a variety of genres. But nonetheless…

1. Burn For Me; Ilona Andrews. Do you like your urban fantasy with romance? Then this book, the start of a series, has some amazing world-building, spectacular magic, and a bad-@ss family.

2. The Princess Diaries; Meg Cabot. Are you an awkward young adult girl–or just feel like one sometimes? Unlike the movies, there’s a lot more character development, and more than just a makeover to transform an outcast into a strong leader.

3. As You Wish; Cary Elwes & Joe Layden. A non-fiction memoir great for movie buffs. Packed full of details and fun stories, this is a behind-the-scenes look that’s an interesting read. And fans of The Princess Bride, of course, will find it inconceivable to pass up.

4. Welcome to Night Vale: Joseph Fink & Jeffrey Cranor. Horror, with a dash of humor, a lot of weirdness, and plenty of inexplicable strangeness. You don’t have to listen to the podcast, though the podcast is also spectacular.

5. Hawk & Fisher; Simon R. Green. If darker fantasy is your thing, then Haven, a city full of crime and corruption, and the married guards who try to keep the streets honest, is a grand adventure. Plenty of murder and mystery and secrets and magic.

6. Furiously Happy; Jenny Lawson. If you’ve ever felt weird or outcast, and especially if you’ve struggled with anxiety or depression, this is the memoir to help you feel not alone. Her first book, Let’s Pretend This Never Happened, is also funny and amazing for similar reasons–but a little more biographical.

7. The Unbeatable Squirrel Girl, Vol. 1: Squirrel Power; Ryan North & Erica Henderson. Who doesn’t like a superhero comic? Especially one with a zany, squirrel-powered lead who sometimes hangs out with the Avengers.

8. The Amazing Maurice & His Educated Rodents; Terry Pratchett. It’s difficult to pick a place to start in a 40+ book sprawling fantasy world, but one of the stand alones is a good choice. This is the story of the pied piper… in a way you’ve probably never read before. Funny and thoughtful.

9. Steel City Magic (or Tinker and Wolf Who Rules); Wen Spencer. Elves, caste systems, and one small genius. This is a truly magical urban fantasy, with a world so cool you almost want to live in it–except for the killer walking trees. 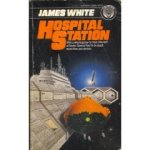 10. Hospital Station; James White. Like all really good science fiction, there’s a well developed world(s), and characters–in this case, a bunch of different species of doctors trying to treat an equally diverse patient pool. In space!